This time, for a change, Fransje van der Waals and Nadine Pakker were not travelling North-South but we went to the West, more specifically, to Paramaribo to meet the key players in the field of Maternal and Child Health (MCH) in Suriname during the second national conference on obstetrics.

The historical connection between Suriname and the Netherlands is still obvious, not only in our common language (it remains bizarre that after a 9 hours flight stepping into a tropical country you find yourself conversing in Dutch) but also during the conference where the agenda existed of a great mix of experts from Suriname and the Netherlands.

The main reason for organizing the conference was to contribute to the overall MCH goals in Suriname:

During the conference detailed data were presented and on top of the 2 guidelines initiated in 2016 on fluxus and eclampsia 3 new guidelines were launched (sepsis, sickle cell anemia and postnatal care) to assist in standardized optimal care during pregnancy, delivery and the postnatal period. On Saturday 13 April, 150 participants joined a full day of skills building sessions, following the newly presented guidelines – the positive energy of trainers and trainees was almost radiating.

(Continue reading below this image) 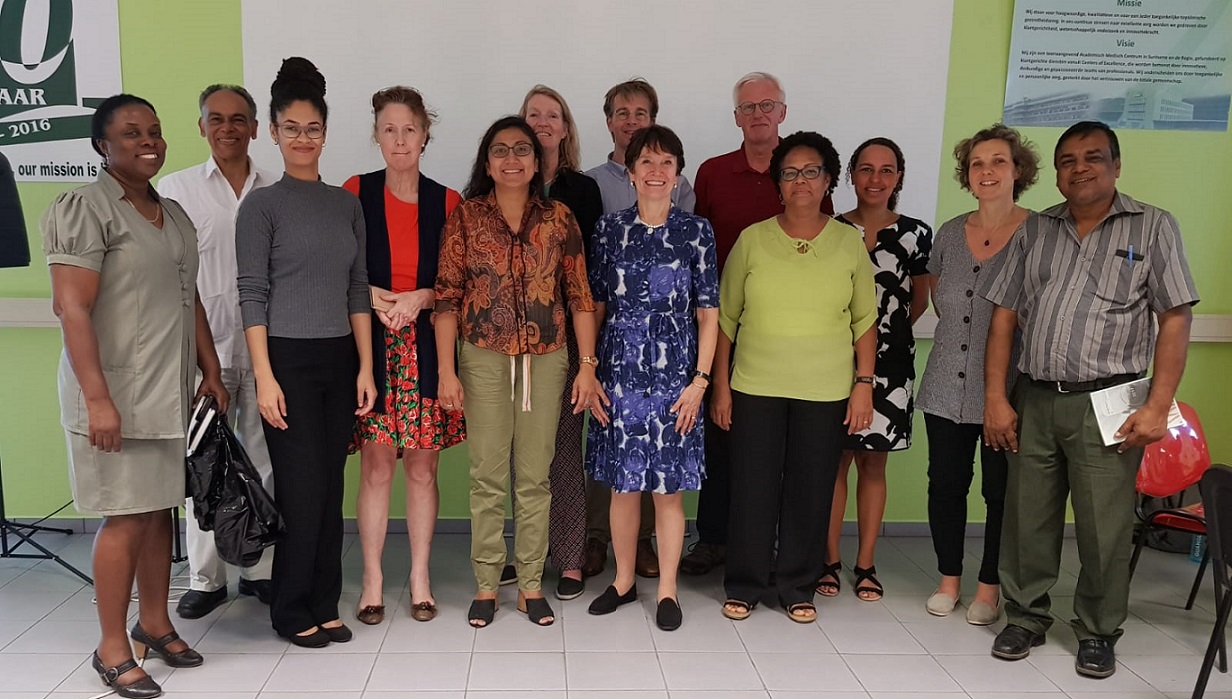 One has to realize that statistics in Suriname may be different than in most African countries: with a population of ~500,000 inhabitants and ~10,000 deliveries/year, despite high MMR, the actual numbers on maternal and child mortality and morbidity are relatively small. As a middle income country with only 5 main hospitals (4 of them in Paramaribo), a handful of gynecologists and ~200 trained midwives the environment to make a change on national level, to train all who are relevant in MCH and to reach the above mentioned goals seems to be achievable.

For Fransje and Nadine the setting was perfect to create interest and support for the Female&Family[e]Education project to be conducted this year in Suriname and to mingle with experts and future trainees. We were pleased to be confirmed on the need and possibility for innovative and up-to-date training, to receive so much goodwill and to meet many persons who are willing to support the project.

We look forward to work with all the people we met, to adapt the existing Female&Family[e]Education course to the Surinam setting and to return to this beautiful country soon!

Kick-off of the PAVIA e-course collaboration

Amref and Health[e]Foundation collaborate to introduce LUCY in Kenya